Is Chocolate Vegan? Can A Vegan Eat Chocolate? 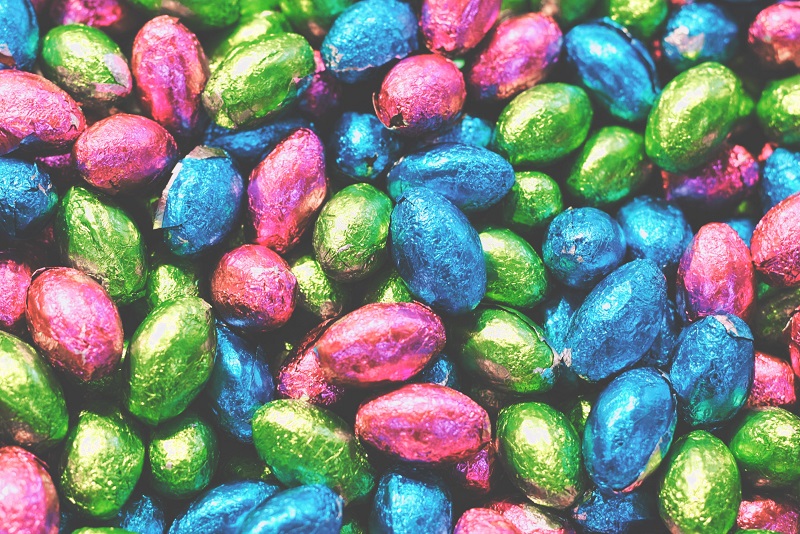 Answering is chocolate vegan? is not a simple task. The short answer: it can be. And vegan chocolate can taste great and be much better for you, too.

The long answer is that chocolate isn’t all processed or made the same way, nor with the same ingredients. There’s great vegan chocolate out there, but most chocolate isn’t vegan. It’s not because there’s secret meat added (there’s so much more to being vegan than not eating meat), but because of two things: sugar and milk derivatives. Don’t be fooled by people telling you that milk is the only non-vegan chocolate ingredient, because it’s simply untrue!

Sugar has a dark side, ironically the same reason it’s often not vegan. Neither sweeteners nor milk products are particularly good for you, either. So with animal-friendly consumption overall on the rise, this seems like the perfect time to address the question of chocolate. Let’s dig deeper into the idea of vegan chocolate and how to tell if that bar, the chocolate bar you’re really asking about, is vegan.

Is Chocolate Vegan: Origins Of Chocolate

To understand if chocolate is vegan, it’s first important to understand where chocolate comes from. Chocolate is made with the fermented and dried seeds of the tropical cacao fruit, almost always roasted and sweetened before being ground into chocolate. Cacao consumption may have started as early as 5500 years ago, in modern-day Ecuador, where it was consumed in the form of a drink.

From there it traveled north to Central America, where it was domesticated and likely consumed even more widely than it was in South America. The two groups which ruled over much of Central America in the late 1400’s were the Aztec and the Maya, and it’s their consumption of (mostly vegan) chocolate drinks which we associate with “original” chocolate consumption. But those Mesoamerican chocolate beverages likely tasted nothing like modern chocolate, vegan or not.

han it was in South America. The two groups which ruled over much of Central America in the late 1400’s were the Aztec and the Maya, and it’s their consumption of (mostly vegan) chocolate drinks which we associate with “original” chocolate consumption. But those Mesoamerican chocolate beverages likely tasted nothing like modern chocolate, vegan or not.

The Aztecs in particular used cacao seeds (often called cacao beans) alongside spices to create their ceremonial cacao drink, a completely vegan chocolate, unless there was honey added (a delicacy reserved only for the rich). The Spanish explorers then brought the cacao seeds back to Europe, and over the next few centuries these European powers brought cacao all over the world, to every region they invaded and took over. All of the beverages made from cacao were forms of vegan chocolate, up until bone char was introduced to the cane sugar industry.

Cocoa or cacao beans: the seeds of the tropical Theobroma cacao tree, which are almost always grown to be processed into chocolate; cacao and cocoa can be used interchangeably

Cocoa butter or cacao butter: the fat of the cacao bean, which makes up just over half the weight of a cacao bean (therefore, cocoa butter is indeed dairy-free)

Sugar: a vague term often referring to white sugar process from either cane grass or sugar beets; not always vegan

Milk powder: the powdered version of cow’s milk, unless otherwise specified (coconut milk powder, for example, is non-dairy and vegan-friendly)

Even though chocolate comes from a plant, those origins are not always honored during the long trip from farm to factory, and then from chocolate maker to your hands. If you’re not sure whether or not a chocolate is vegan, keep an eye out for these tell-tale ingredients on the allergy warning label: milk, lactose, whey, or casein. Unfortunately, it’s not always clear on the sugar front, but coconut sugar and xylitol, two more common non-traditional sweeteners, are vegan-friendly. Honey is not a vegan chocolate ingredient!

Is All Chocolate Vegan?

As mentioned above, most of what makes chocolate non-vegan-friendly is in the sugar and milk-derivative ingredients included in the various recipes. Chocolate comes in three types: dark, milk, and white chocolate. Traditionally, dark chocolate is just cacao and sugar (not necessarily cane sugar), which makes it easier to find vegan dark chocolate. But then again, dark chocolate doesn’t always have limits on what other ingredients can be added, such as artificial flavors and milk derivatives such as lactose (milk sugar).

Unfortunately, finding such vegan chocolate makers does take extra effort, but it’s so worth it. White chocolate, the runty cousin of the chocolate family, seems like it might be even harder to find a vegan choice for. Traditionally, white chocolate is made with cocoa butter, sugar and milk powder. It’s already 2 for 3 on non-vegan ingredients. But many of the vegan chocolate brands out there are working on or have already released great vegan white chocolate bars, making similar substitutes as done for vegan milk chocolate.

Moral of the story: not all chocolate is vegan, but finding good vegan chocolate is possible and very worth it.